Seven ordinary things that can lead to one extraordinary result 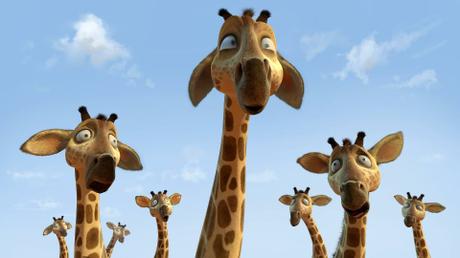 At Net Prophet in Cape Town this week, Triggerfish Animation Studios CEO Stuart Forrest gave a talk that was certainly a conference highlight. He spoke about “How doing seven ordinary things can lead to one extraordinary result”, in reference to films Adventures in Zambezia (2012), South Africa’s first feature-length animation film, and the upcoming Khumba (2013). Khumba recently screened in Cannes, and the Net Prophet audience was privy to one of the first teaser screenings in South Africa.

Triggerfish’s ultimate dream, says Forrest, is to “take out Disney in their home ground”. And they’ve already started to achieve this in developing and non-Western markets, such as Russia and Israel where Zambezia has overtaken Disney films in box-office sales. But as speaker Andre de Wet pointed out earlier in the day, it takes 15 years to become an overnight success, and for Triggerfish this goal is part of a larger 20-year plan.

Not one to think small, Forrest takes us to school on his seven pointers, introducing his list as: “Business tips they taught you in kindergarten”.

Sometimes we need to come full circle to realise that how we loved spending our time as a child is a good indicator of what we should be doing with our lives. Forrest recalls playing with his dad’s stop-motion camera to create mere seconds, if that, of film. It took him a career in web design to finally return to his passion, and he’s not looking back.

If we were scared to fail as children we would never learn to walk. Don’t be afraid to fail, because failure is how we learn. When you fall down, get up and try again.

With time, anything is possible.

Set goals that you think you need 20 years to accomplish, says Forrest

For Triggerfish, theirs is to take on Disney by (among other things) building the best scriptwriting department in the world. In the short term this seems implausible, but if, for example, they invest their profits for the next 10 years in this goal, says Forrest, suddenly it’s not quite so insurmountable. From the company’s inception in 1996 it took 16 years to make South Africa’s highest grossing film in 30 years (that’s over 22-million US dollars), so who knows what else is possible when you set realistic timelines for yourself.

For Forrest, the way Triggerfish has gone about this is to “build a management team who have ownership”. Reward the people who put in the work and the passion, and your faith in them will pay off.

5. Tidy your room every day

“Pursue excellence relentlessly and consistently,” says Forrest. “If you have the A team, your biggest problem will be stopping them from working too hard.”

“Be diplomatic but always be honest and and transparent,” advises Forrest.

“There’s a wealth of experience out there if you ask for advice,” says Forrest, so “if you can’t do it, ask an adult!”

In November 2012, the Design Indaba team  visited Triggerfish Animation Studios to interview them about Adventures in Zambezia. Watch the video interview below.