Design advice that applies to everyone 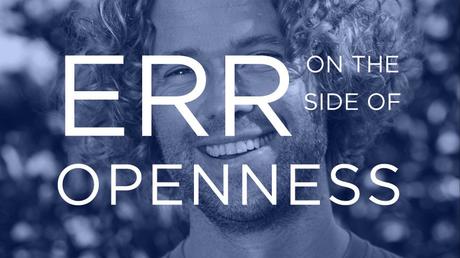 One of the privileges of working for Design Indaba is the invaluable exposure to thought leadership and creative brilliance, often on a daily basis. In a conversation or interview situation with a leader in the design industry, it’s hard to resist the question – what is your advice to aspiring designers? And so often we find their answers reflect an outlook that is pertinent to any individual, whether it’s a student, entrepreneur, designer, creative practitioner or anyone at all. We share some of these universal truths.

Ever the champion of open-source, Tom Hulme is of the guard of thinkers that sharing ideas and knowledge will ultimately lead to the betterment of humanity. It is this thinking that has seen Elon Musk rise to prominence, and which has recently seen tech giant Microsoft make its .NET development framework open-source. Rather than guarding intellectual property closely in the fear that someone will steal your idea, recognise that sharing information will benefit everyone in the long run – especially those doing the sharing. Leave your paranoia behind and “get out there and build stuff”, Hulme says.

Err on the side of openness. Have the confidence to be open and serendipitous stuff will happen. Don’t just wait in a closed room to give your great idea an airing in the future; don’t be paranoid about it. Because in practice the stuff that’s gathering dust in rooms somewhere is irrelevant.

Global CEO of Wolff Olins Ije Nwokorie is a guru on creativity and leadership. Like Tom Hulme he believes that ultimately the individuality you bring to your idea and the quality of execution will differentiate it from others.

That ultimately is your superpower.

In a similar vein, when asked about the best piece of advice he has ever been given, Nwokorie says, “Gwendolyn Wright, my history of architecture teacher at Columbia University, told us:

There is no limit to what you can get done if you don’t care who takes credit for it.

“For me that’s huge,” says Nwokorie. “Focus on what you’re trying to create, not what you’ll get out of it. Ultimately credit might migrate to you, but don’t worry about it.”

Fong’s first piece of advice to aspiring directors and designers is:

Work with people better than you.

“It elevates the work and you’ll learn a lot from them,” she says. Our world is very collaborative, she explains.

That said, you also have to bring your own voice to the mix.

“If you show who your true self is and really make sure your work reflects that, then I think you’ll have an easier time finding the kind of work and the kind of people you want to work with,” says Fong.

This article was originally written for Design Indaba.

← The many uses of social media