An artist profile written for the artist, via artist management and consulting company SIMJEE TEXTOR (USA). 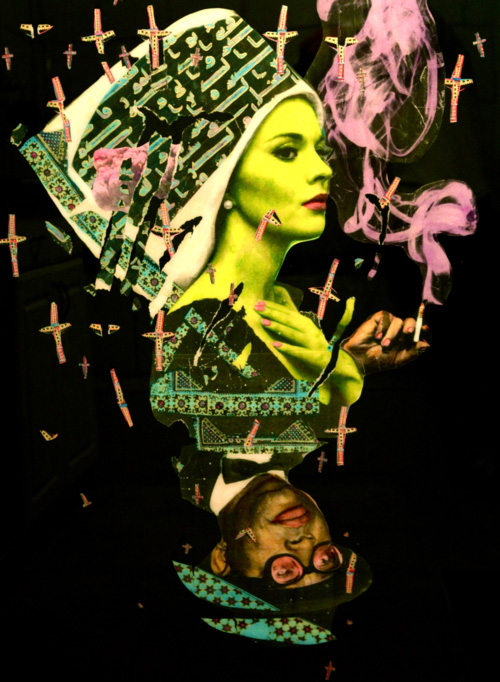 Judith Supine is a Brooklyn-based artist originally renowned for his street art, most notoriously a fifty-foot monstrosity hung off the Manhattan Bridge in 2007 – a distorted, twisted-looking luminescent green figure, hanging in deformed anguish over the East River in New York City. Lately, his work is more likely to be found hanging on gallery walls, or, more accurately, in entire floor-to-ceiling gallery takeovers as was witnessed in his second solo exhibition, entitled Ladyboy, held at New Image Art in West Hollywood in 2011. 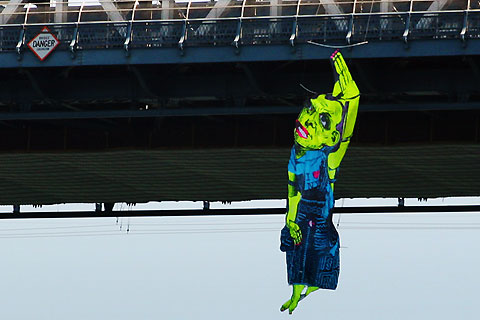 Judith Supine is a magpie. From his creative process that involves buying, stealing and salvaging books and magazines from which to procure visual imagery, to his work environment, “a nest of trash”, right down to his alias that is borrowed from his mother’s maiden name; this is an artist whose very existence is a pastiche of lost and found.

He cuts and pastes and recreates, reassembling his spoils in humorous, poignant, meaningless, haphazard collage. From there it’s photocopying and enlarging, then washing over with unnatural shades of paint, and finally sealing his creations in with a glossy skin of flowing resin. What was in his younger days a drug-fuelled, semi-conscious flight into delusion is now a thoughtful, deliberated process, but at the hand of a feminine and violent enfant terrible, the outcome is no less commanding, dangerous or real.

Out of this process of deconstruction through reconstruction emerges a disconcertingly surreal subject matter depicted in psychedelic neon acrylics. It’s like nothing you’ve ever seen before; and yet, there are faces and figures and formations that you’ve seen everywhere: in dreams, on the pages of magazines, on television screens, and between the hefty covers of art history from over the aeons.

While Supine’s recent indoor art draws clear parallels with his earlier street art, there is a distinct progressive shift in mindset that emerges. While his earlier work was dislocated and startlingly out of place in its urban setting, his latest series are dramatically cohesive, thrusting the viewer on a journey through a pinhole into a vast and unified disparate universe – a mere fraction of the artist’s elaborate mind. 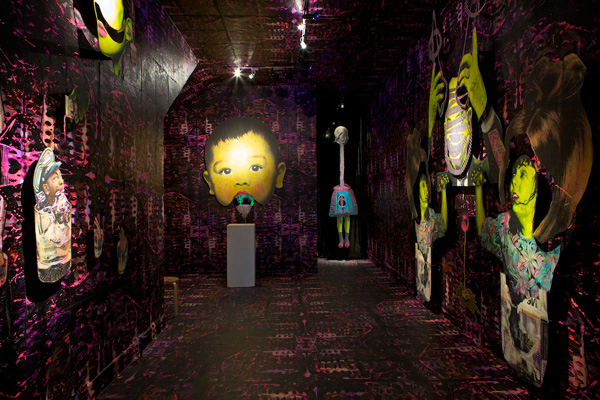 The change for Supine himself is marked as well. “I am disgusted and bored with and by street art,” he tells. “At one point in my life I was in love with its illegal nature and outsider stature – I loved the aggression and physical violence towards other artists, the destruction of property and thrill of evading the police. Now I detest the comradeship of shit graphic designers – the sanctioned murals. Street makes me think of emails, posh British twats, and the selling of my soul. It was a good way to mask suicidal behaviour – climbing on bridges drunk, taking pills and swimming in rivers… Now the outside stuff feels like advertising and the indoor art has become slower and more contemplative and rewarding.”

Perhaps age, personal growth or sobriety have initiated this rite of passage; for someone who did not speak until seventeen it is hardly surprising that he’d just begin to come into his own in his mid-thirties. Drawing on his shared family belief that art and creativity are the higher power – “our way of participating, our way of connecting with the universe and humanity” – Judith Supine is a creative force that is evolving into something far greater than the introverted artist that lies beneath.

Through borrowed memes and recurrent themes Judith Supine is a satellite, transmitting fractured data from one corner of space to another, and then piecing it back together, one fragment at a time, to present us with a frighteningly real picture of ourselves. 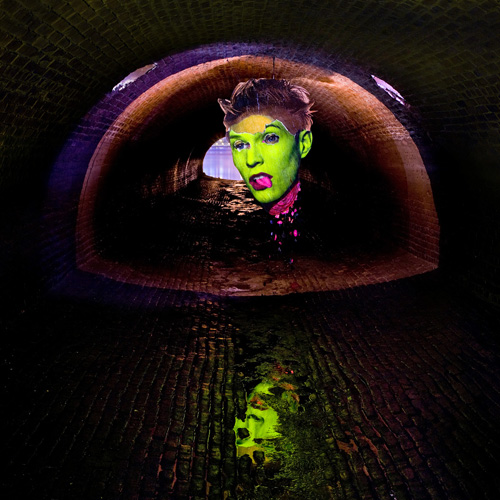 So what makes Judith Supine particularly unusual in the contemporary art space? 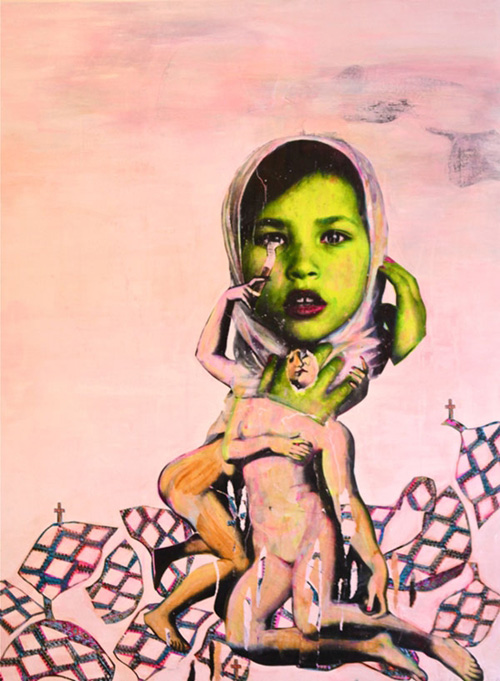