The Changing Face of the Media

Hong Kong-based media guru, futurist, keynote speaker on the digital revolution and highly regarded author of Futuretainment, Mike Walsh talks to ONE SMALL SEED about how media is rapidly changing and these implications for the future. 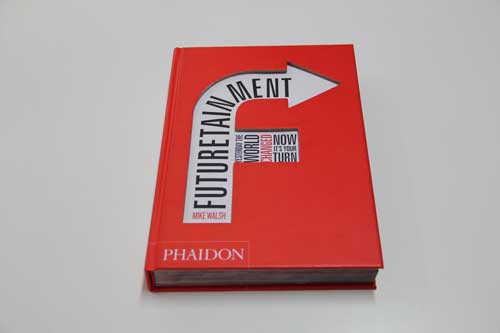 ONE SMALL SEED: What for you is the biggest change that media has seen in the last few years?

MIKE WALSH: The shift in power from producers to consumers. Distribution was once the domain of media moguls – you bought and sold newspapers, TV networks and radio stations in order to corner supply. But now there are two problems. Firstly, with the Web – mass media has become highly fragmented, allowing you now to access an infinite supply of content choices. Secondly, and more importantly – you can no longer buy people’s attention. Audiences are in control of distribution. Media only becomes mass if it’s good enough for people to forward it on.

And over the last 30 years?

Without a doubt – digitisation. Once media went digital, it opened up the way for it to be liberated from its ‘mediums’.

What do you think is the biggest benefit technology has had on society?

Networks have shaped our awareness of our interdependencies. At the heart of deeply evil societies is profound selfishness of a handful of people. The internet, mobile phones, and other communication devices make it obvious how connected we all are – as well as making it a lot harder for people to exert power based on the control of information.

Paradoxically, the same technologies that connect us can also alienate us. I think we are still at the early days of understanding the social consequences of technology-led withdrawal. We could develop as a society into social media sociopaths. Highly connected, but highly isolated.

What implications do you think digital media has for print media?

If digital media made one thing clear it is this: media companies need to stop thinking they are in the medium business. A newspaper is not a bundle of dead trees, a TV is not a broadcast receiver, a radio is not an iTunes playlist you can’t control. Print will survive, but not in print. The future of the newspaper is as a content brand that lives in whatever format audiences desire – now and in the future. If they don’t, they won’t.

How has social media changed the game of advertising?

To be a great marketer today you need to think like a virologist. Because, just like a virus, brand discovery and marketing content now only effectively spreads through people’s own networks.

If you were starting a media company today, what would you focus on?

I think one of the most interesting media companies today is Demand Media – a company whose ‘editor’ is an algorithm that selects content based on the results of a supercomputer that scans the world for what people are searching for, and works out the content niches where there is money to be paid from advertising.

How is a country like South Africa affected differently in terms of technological advances that impact directly on everyday life?

I think for Africa, the key to understanding how the media revolution will play out is to focus on the emerging consumer trends around mobile.

What are your thoughts on the trend of music as a loss leader, something purely used to sell other things (e.g. washing machines, hamburgers), not necessarily related?

As a creative person, I don’t like the idea of any piece of creative content being a loss leader to sell anything – especially not hamburgers! In the case of music, what we are seeing in the West is something that has been the case for many years in countries like China. Music is not the end product – it is the promotional platform. Musicians today cut deals with events companies (like Live Nation) because the economics of the music industry are shifting away from recorded media to merchandise, concerts and commercial endorsements. That’s not necessarily a bad thing for tomorrow’s new stars, but it may be for yesterday’s acts trying to live off dwindling back catalogue sales. They should have securitised their earnings years ago like many of the smarter rock stars did!

What are your thoughts on the format of vinyl versus CD versus mp3?

I’m an analogue fan – in everything from music to photography. Digital is not an improvement of analogue – it’s just a different state of being. I think we will see a resurgence of all things analogue when people realise that it isn’t a case of digital being better quality, but rather a different qualitative experience altogether.